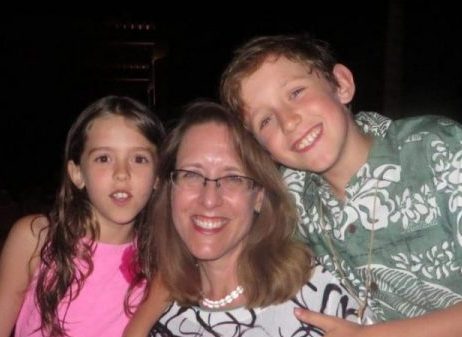 “Your community is big. And it includes the world.”

Jennifer Witzel was only eight years old when she met her “life mentor.” That mentor’s name was Sister Janet and she was Jennifer’s piano teacher. They shared a love of music which was expressed in many recitals, competitions and piano exams.  When Jennifer was a senior in high school, Sr. Janet left for Peru. Some years later, on her return to London, Ontario, Sr. Janet started a small charity called Heart-Links.

In time they would reconnect. “Her kindness and generosity was inspiring. It influenced my whole life,” says Jennifer. While Jennifer was an undergraduate at Western University, she remembers donating what she could to Heart-Links. She later became a lawyer and was able to give more. In 2008 she became a monthly donor.

Jennifer’s understanding of the people of Peru and the importance of the work Heart-Links was doing there became even more meaningful in 2012 when she began to travel to South America with her new job. She was able to see with her own eyes what Sr. Janet had seen so many years before. Jennifer says Sr. Janet was “ahead of her time then. She believed in empowering people and supporting women and their families with very basic tools.”

Jennifer continues to give to Heart-Links so many years later because she has “a very positive feeling about Heart-Links. The volunteers are passionate. The organization focuses on the fundamentals and laying the foundation for people to build better communities. It feels like a partnership.” Jennifer also says she continues to give because of practical things. She believes the funds are used wisely and that a high proportion goes directly to the projects.

Jennifer is now mother of two, with a 16-year-old son and a 14-year-old daughter. Her outlook on parenting and the world has been forever influenced by Sr. Janet. “We don’t take for granted what we have,” she says. That’s why she tells her kids to “look after yourself and your community. But your community is big. And it includes the world.”

Jennifer’s perspective on women and their capacity for effective leadership has also been shaped from her experiences with Sr. Janet.  Now that Jennifer is in the fortunate position of being able to mentor women in a variety of economic circumstances, she does so with just as much passion and strength as she witnessed in Sr. Janet. “We can support other women who are less fortunate than us,” she says. “If you support women, you support families.”

Thank you, Jennifer, for supporting Heart-Links and for sharing your story with us.

Have you considered becoming a Monthly Donor to Heart-Links like Jennifer? You can find out more about our monthly giving program right here or email info@heart-links.org for more information. Ready to start your monthly donations right now? Go to our online giving page and choose the Donate Monthly option.

We are proud to list the names of all of our Monthly Donors on our webpage dedicated to Our Supporters—to say THANK YOU and to recognize their ongoing commitment. If you wish to remain anonymous, that’s okay too. We will honour your wish.

*This is the first of Heart-Links’ new series Spotlight on Our Supporters, which will introduce readers to some of the amazing people who donate to Heart-Links—and why.